In July 2018, Google’s Chrome browser will mark sites as ‘not secure’ if not using HTTPS

For years, SSL has been a ranking-factor for the Google algorithm. In July, they will take it one step further by showing sites as "non-secure" if they are not being served on SSL. Why does this matter to me?

Tired of being bombarded by SEO vendors?

Tired of the constant harassment from SEO vendors guaranteeing you a #1 spot on the first page of Google?

To learn more or to get started on your own SEO Campaign-call or contact us at [email protected] ATTENTION: SEO Help.

Purchase one of our Online Marketing Packages** before Dec. 31st and we’ll include a free iPad mini as a thank you gift.

Why isn’t my website showing up on the first page of Google? What’s wrong?

You’ve spent a lot of time and money getting a website launched, but unfortunately unlike baseball fields, if you build it, they won’t necessarily come. What do you need to do to get better results? Let's take a look.

Is it time for a redesign? Lets take a look…

For any size business, your website can be one of your most valuable assets and great marketing tools. You need to nurture your website and analyze user data so that you can make an informed decision on how to best serve your customers.

What is Yelp and what can it do for me? 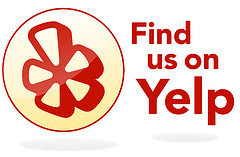 Yelp is an online rating and review service that helps people connect with great local businesses. A number of good reviews on Yelp will encourage potential customers to contact you directly, and can also help significantly with Google search results as well.

Learn how Yelp can help your business >

Will Google Plus really live up to the hype?

Looking to reach out to your clients, but feeling pressed for time? Let Jub Jub help you keep the conversation going with your clients.

So you use Google's "time honored" (that's about 10 years in the world of the internet) search engine every day. But maybe you don't know how to get the most out of it. Simon Mackie of Gigaom, has a "Top 10" list of parameters one can use to get a better result when searching the web using Google.

How to succeed in business

The New York Times has more real world examples of how Facebook has helped small businesses, and encourages small business owners looking for inexpensive ways to market themselves, to take a look at the power of Facebook.

Still trying to figure out how exactly the BidSimulator Google launched last month for Ad Words, can help you bid more efficiently? Google has released a tutorial that might help you.

"What's the big deal" about the new Google Insights?  Google Insights for Search is like taking a peak into the demand of something, instead of the supply.

Has the "tipping point" finally been reached for online ad revenue?

While the web is certainly ubiquitous, and seemingly fertile ground for advertising revenue, it is also well known that more traditional businesses (newspapers, magazines, television), for which ad revenue has been their life-blood, have had a hard time converting high returns for online ads, because they just haven't had the monopolies on viewership to justify the rates. Now perhaps that trend is turning the corner? According to recent reports, television media companies are reporting for the first time, that based on viewership, they will begin charging more for online ad rates than for prime-time tv advertising spots.

For those businesses who have pages on Facebook, and want to lock-in their vanity URL, in order to make sure that potential customers or partners can find them, the basic requirement is that it must have at least 1,000 fans to even attempt to lock in the name. According to All Facebook, one way around this is to apply to reserve a username, but the catch is that the business name has to have a trademark.

Get more for your advertising dollar

Have a smart ad for a product that you think has hit the super bowl sweet spot for advertising: popular ad, leading to buzz about your product? Under a new advertising regime, instead of paying billions for a spot on the Super Bowl, you could pay less to have it display on the web, if your ad becomes popular and users vote for it. Harbinger of a new way of charging for ad space on the internet? Certainly all kinds of content providers are hoping for some revolutionary thought. Too soon to tell if this will pan out, and it's only being tested on Digg.com. But if successful, it may become a standard. Good to check it out.